Today happens to be the Armed Forces Day and I am publishing this post because there is a new SJC case that just came out a couple of days ago called Klairmont vs Gainsboro Restaurant that is extremely disturbing (see video of oral agruments here) and un-American . The Jury decided that the Gainsboro Restaurant is not liable but the judge used 93A to ignore that and awarded Klairmont and their lawyer close to $9,000,000 and the SJC agreed that the judge had the right to ignore the Jury just because she disagreed with it. 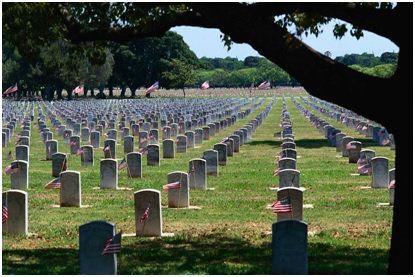 The problem is the SJC has essentially stolen our constitutional right to a Jury! By using 93A as a backdoor they have found a way to ignore the most sacred of all legal rights – The Right to a Jury!

This can and has to be fixed by the Legislature with just one sentence – add to MGL 93A that “all claims including but not limited to double and triple damages and attorney fees under this chapter shall come with a right to a jury trial.” (In fact there is a proposed Bill that effect – H1585.)

About 30 years ago in a case called Nei vs Burley the SJC declared that they can take 93A away from the Jury and use it so they don’t have to meet the normally very high standard for overturning juries but they can simply ignore a jury verdict if they didn’t “agree with” it. That way they could always have the power and be assured that the last word will rest with the Judge not with the Jury. Initially I thought that Nei v Burley was just an obvious mistake but now I know that it wasn’t a mistake. It was an intentional grab for power. How do I know that? I know it because they went so far as to wipe out most of the $9,000,000 to calm down everybody hoping that we won’t notice the elephant in the room.

Having a jury of our peers judge us is fundamental to America being what America is supposed to be. A lot of people have died for that right, the right not to be judged by a single judge, who at the time was nothing more than an agent for the oppressive government of the Queen (we don’t have a Queen now but we still have an oppressive Government) but to be judged by a Jury of Our Peers.

Over the past 30 years the SJC have been getting away with usurping the power that way and with this case they are trying to cement that power in their hands forever. This is a direct challenge to the Legislature. What are you going to do about it?

Ok, let me get to the facts of the case.

A college student went to a bar/restaurant around 2 am in the morning. He had two beers there. He had been drinking at other locations prior to going there. At some point he went towards an area, I assume, restricted to customers – towards the cellar of the bar. There was a staircase leading to the cellar but instead of a door it just had hanging vinyl strips. Somehow he fell down the stairs (no one saw him) and injured himself and died a couple of days later. At the time of the accident he was legally drunk – alcohol blood level was 0.208 when the legal driving limit is 0.08. He was 21 at the time and for those under 21 there is a zero tolerance limit – any amount of alcohol is grounds for a DUI arrest. Indeed, a very unfortunate and sad situation.

Later, of course, it was determined that the stairs did not meet current Building Code. There was no door going to the cellar (the Code required “self-closing fire-rated door”), there was no lighting over the staircase, there was no landing at the top of the staircase, the risers and threads were smaller than required and it had only one railing not two as required by current Code. The stairs were built in the early 80s (no permit on record) and remodeled in 1998 (again, no permit on record).

The judge looked at the same facts that the Jury looked at and playing the role of a second fact-finder (which is completely un-Constitutional, by the way, as you can’t have two fact-finders for the same set of facts), she decided to ignore the Jury without over-ruling it and used 93A as the vehicle to do that and awarded $6,733,440 to the parents of the student who died plus she gave $2,253,672 to his attorneys!

The SJC supported the judge (even though in the end they lowered the amounts ) by saying that she has the right to ignore the Jury without having to bother to over-rule it!

In this case the SJC states:

Per “940 Code Mass. Regs. § 3.16(3) a violation of a law or regulation, including a violation of the building code, will be a violation of c. 93A, § 2 (a ), only if the conduct leading to the violation is both unfair or deceptive and occurs in trade or commerce”

First of all, what happened to the causation requirement?

Are they trying to sweep it under the rug?

In prior cases it was specifically stated that a violation of a law or a regulation is not a 93A violation EVEN if it is unfair or deceptive and EVEN if it occurs in a trade or commerce UNLESS there is Causation, in other words, Actual Injury to the Consumer. The violation of the law or regulation by a business is not an actual injury. There is a whole line of recent cases that preach that.

SJC, get your story straight, OK?

Second, if the bar for what is “unfair and deceptive” is what they now claim it is then a single judge can always declare that not having a window screen which is a minor per se violation of the Sanitary Code was unfair to the tenant and was willful and knowing by the landlord and so they owe her $9,000,000 because her child fell from the window and died and had there been a window screen in compliance with the Building Code maybe the child would not have fallen, etc. The SJC makes it so easy to declare any violation of the Health Board as “unfair and deceptive”.

Following that same logic anytime anything is not up to Code it can be considered a situation where the Landlord knew or should have known about it and the fact that he knew or should have known and did not bring it up to Code would be considered “unfair and deceptive” and the injury amounts tripled as the judge did in this case because the defendants knew about it and did nothing.

Because the bar has been set so low by this decision for all practical purposes that means that this case allows any violation of the Building Code or Sanitary Code as of 05-15-13 and into the future to be labeled “unfair and deceptive”. It all depends how much of an ass the judge chooses to be.

If your building is not up to some section of the current code which, I think is fair to say that 99% of all multi-family buildings in MA would fall into that category, then you would be liable for triple damages under 93A because when the Jury rules that you are not liable, a judge steps in after they leave, invokes 93A, ignores the Jury and there is no point in appealing to SJC because we know where they stand now.

Oh, The Land of the Free and The Proud!