MA Banks tend to hire appraisers that give them what they want to hear – artificially low valuations so that if you skip a payment they can grab your building to close to nothing. Here is an email that I have used several times to recover my $500 that I had to pay to the appraiser who they pushed down my throat. 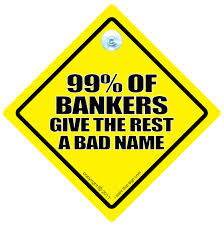 This letter is required by MGL 93A before legal action can be taken against your bank.

The law gives you 30 days to settle this. If the settlement offered doesn’t come close to the damages inflicted to me (time lost on this transaction, time to write this demand letter and all other email, appraiser fees, travel expenses, etc, attorney fees if I have to consult or hire an attorney) then MGL 93A damages come with attorney fees plus they are doubled or tripled when your actions are found to be willful or knowing.

Several days ago (name) called me to tell me that the appraisal for my 3-family building at (address) came to about 72K. He did not email me the appraisal even though I asked to see it. Refusing to provide me with the appraisal that I paid for is an unfair and deceptive act per 93A. It is also willful and knowing. Making people sign a legal release waiving their legal rights before an appraisal is released is another instance of an unfair and deceptive act and if we end up in court I will ask that you are prohibited from doing it to anyone in the future. I also asked him to return my $500 that I paid for the “appraisal” and he refused.

My 3-family house in (town) is worth more than 72K. The 3-bedroom apartments are all newly renovated, all hardwood floor, fully deleaded and all are 4-bedroom apartments and fully occupied. There is also a two-car garage attached to it. The Assessor valuation for last year is 119K and I also have an appraisal from last year at 125K done by (name)

The appraiser that your bank used is either incompetent or, as they say, is in your pocket. You insisted that I use your only one appraiser – another instance of willing and knowing unfair and deceptive behavior. You only gave me one choice. Over emails I had repeatedly asked that I do not want the bank to pick the appraiser (the same way the bank does not want me to pick the appraiser) because that would be a conflict of interest as we are both interested parties to this transaction. Banks tend to pick appraisers that give them the lowest possible valuations so they are assured that they can grab the building at close to nothing if I skip a payment or get otherwise in default. I asked that at least 5 names of appraisers are put in a hat and I pull one. That would have been a much better approach and very likely avoided this possible litigation. You refused.

Both the Assessor and the previous Appraiser believe that the value of this building was around 125K last year and there has been no cataclysmic event to justify the sudden 42% drop in value for this year. If anything, the real estate market in MA has picked up and the value should be higher. (Name) told me that this appraiser “had to use” foreclosures (because there was only 1 market sale) to arrive at the value and refused to use the Income Approach. Foreclosures are not allowed to be used to determine value of an income producing building in case there are no other good sales! The Income Approach must be used instead!

“Evidence of sales may be considered “only if they are free and not under compulsion.” Congregation of the Mission of St. Vincent dePaul v’ Commonwealth’ 336 tvlass. 357, 360 (1957) (other citation omitted). ) “A foreclosure sale inherently suggests a compulsion to sell; a proponent of evidence of such sale must show circumstances rebutting the suggestion of compulsion.”); see also Finigan v Board of.Assessors of Belmont, Mass. ATB Findings of Fact and Reports 2004-533, 544 an Waters v. Board of Assessors of Wayland, Mass. ATB Findings of Fact and Reports 2001-460, 469)”

“It is the earning capacity of real estate, rather than its actual income, which is probative of fair market value. See Assessors of Quincy v. Boston Consolidated Gas Co., 309 Mass. 60, 64 (1941).”

You have 30 days to make me an offer. Otherwise I will ask the jury for triple damages and attorney fees.

I do not want to sue you or fight with you but I am not going to allow you to use me like this and try to steal this asset from me. I already allowed you to value my (address) only at (amount) (that’s only 25K a unit). Value being stolen from me once is enough. This building is worth at least 120K. You have two options – a) to hire another appraiser at no extra cost to me, who will use the Income Approach as they must as there are no good sales at the moment or b) immediately return my $500 and we will never work again. If you choose to do none of those we WILL end up in court (which will cost you more than $500 just to get there) and I will ask the jury for triple damages and attorney fees.

In conclusion, either do the right thing and play fairly or return my money and get away from me. I wasn’t born yesterday”.

The last time this happened to me was in December 2013. In about a week I quietly received a check for $500 in the mail.