Boston accepted a new ordinance (Rental Inspection Ordinance) last year that requires all landlords to register their units at the initial cost of $25/unit (that’s a $100 registration fee for a 4-family house) and then $15/unit each year. By the way that is $3,500,000 extra revenue for the City of Boston for the first year and then $2,100,000 EVERY year with fines of $300 per month if you don’t register with the City. Every 5 years the apartments must be re-inspected even without complaints by tenants. For a 4-family house, for example, you, as the landlord, must pay $300 per inspection.

1. Boston Landlords, raise your rents! It looks like this is just another scheme to squeeze more taxes from property owners. The new legislation requires all landlords to register by providing name of owner and address of unit and to post a sign attached to the building BUT all of that is already the law. The city already has our information (somehow they know where to mail the tax bill, right?) and we are already required to post a sign with our phone and address. According to Boston Health Board there are about 140,000 rental units in Boston so all of this amounts to nothing more than just a new $3 million tax. So I say to all Boston Landlords, just raise your rents with $3 million, no, make that $5 million , why not, and transfer all of that and then some to the tenants. Clearly City Hall is not listening to landlords to stop raising taxes because we as landlords are barely making 10% of our rents as profits/salary so hopefully they would listen to tenants when they complain about high rents. 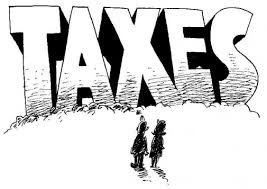 3. Problem properties will still be problem properties even with this new tax in place. The City is saying that the reason they have to have this new tax is so that they can identify the poorly managed problem properties for the City and make the owners comply. That’s BS because if you are a bad landlord to begin with and don’t care about how your building looks, then chances are you would not care to register either. So in practice the 95% of landlords will register and pay the new tax but the 5% problem property owners won’t register anyway. If the true goal of the City is to address “problem” properties in the City then they should identify them and go after them not tax all of us for the misdeeds of few. The police does not find criminals by doing house-to-house searches. They focus only on the bad apples. What makes City Hall think that they can go house-to-house to identify the bad apples is beyond me. There is no logic to it.

In conclusion, Boston Landlords, please raise your rents with $50 within 30 days or when your leases expire! That’s the only way we can address this new tax. We have been pushed into a corner and we have no other choice.

The only other way this new legislation could work and be fair is if the apartments are inspected every 5 years but in exchange tenants are not allowed to call the health board for units that were inspected. So basically once we get a Certificate of Sanitary Code Compliance, it is good for 5 years and habitational counterclaims cannot be raised against us in court. If that is not going to happen, then we should call this new Ordinance for what it is – another blatant anti-landlord taxation without representation. We are taxed without getting anything in return.

2014-01-21 Update: A suggestion I received from one of the newsletter subscribers which I thought made sense as well so I am publishing it:

“It would be best to mail notices to all tenants about what their elected officials are doing to them.  Then, it is up to them to do something about it.  If they fail to reverse these increases, then like any other business, the costs will be passed on to them.  It will be their choice; then, when they receive their increase they will know that the landlord is not pocketing the increase and they were given an opportunity to stop the increase.  Tenants have the numbers; its up to landlords to try and incite them to act.  Letters to tenants could have the name and telephone numbers of whom they should call/write to request a repeal of this tax.”