Last week the Appellate Court reversed a decision where the Western Housing Court judge Robert Fields awarded multiple times 3 rents in Quiet Enjoyment cases. He knew or should have known that was abusive but over there at Western Housing Court anything goes, I guess. If you search this site on his name and the word prong and Quiet Enjoyment you will see that this is not the first time he did that. Well, this is what happens when you appoint tenant advocates to be judges – judge Robert Fields used to work for a firm that only represented tenants and never landlords. Duh!

In their decision the Appellate Court says that there is no such thing as a “second prong” in Quiet Enjoyment. What that means is that only one triple rent award is available to the tenant in a single proceeding no matter how many times the landlord interfered with the tenant’s quiet enjoyment. For example, housing court judges can no longer award 3 times the rent if a landlord changed the locks AND another 3 times the rent if the same landlord also stopped the water of the same tenant. If actual damages exceed the 3 rents, then actual damages will be awarded.

Well, that was good. At least that abusive practice will stop. But, unfortunately the Appellate Court decision is terrible on several other fronts:

Sadly, my opinion is that the situation is beyond repair – judges like Robert Fields and Dina Fein (the other judge that makes up Western Housing Court) should have never been appointed. They have no business being judges. Maybe we should consider 15 year term limits for judges in MA because we all know power corrupts and people who stay too long in one position find loopholes and possibly ways to abuse the law. I thought people died for the idea of no lifelong Kings and Queens. What happened? Why are judges still appointed for life? 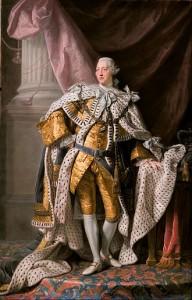 I understand the argument for lifelong judges is to preserve their political independence and it is a noble argument but the truth is somewhere in the middle. Otherwise we end up with lifelong judges like Dina Fein who has learned how to legally overrule the American Jury without actually overruling it (again, using 93A as a backdoor to do that which allows her to “disagree” with the Jury – a case that actually happened to me) and that is just dangerous for our Democracy where the Jury is the foundation of our legal system. Let me explain, several years ago I had a case with her where I represented myself and where the Jury decided 100% in my favor – they ruled that there was no Breach of Warranty of Habitability, no Breach of Quiet Enjoyment, No Discrimination, No Retaliation, No Emotional Distress but judge Fein said that even though she can’t overrule the Jury she can disagree with it and she did exactly that – she ruled that there was a Breach of Warranty of Habitability (even though the Jury had already ruled on that same claim) and she attached 93A to it, tripled it and awarded attorney fees, etc. You get the picture.

I guess, for now the only thing to do is to keep appealing decisions we don’t like (as this landlord did) and hope to chip away from their immense lifelong power that way…

…and to exercise our 1st Amendment and write about it online like I am doing.