In 2005 in a case called Goran ‘s Investors, Inc. v. Luis Ortiz and Rosa Mercado, Western Division Housing Court No. 04-CV-0318 Judge Fein interpreted the legislative law to mean that no tenant can be charged any other fees other than for First Month, Last Month, Security Deposit and Lock Installation Costs and since then there have at least one judge to follow her interpretation. (See Hermida v Archstone, Civil Action No. 10-12083-WGY., United States District Court, D. Massachusetts., 2011 but also note that I am told that US District Court does not set precedent in MA). 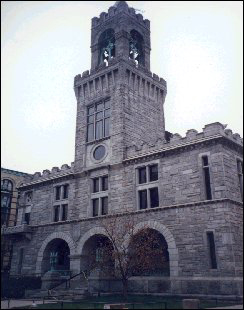 This is one way to interpret this law – the most anti-landlord way.

“At or prior to the commencement of any tenancy, no lessor may require a tenant or prospective tenant to pay any amount in excess of the following:

(i) rent for the first full month of occupancy; and,

(ii) rent for the last full month of occupancy calculated at the same rate as the first month; and,

(iv) the purchase and installation cost for a key and lock.”

Another clue into the Legislature’s intent is that MA Realtors are allowed to collect the credit check fee from prospective tenants (254 CMR 7.00). Also banks are allowed to charge for credit checking. It doesn’t make any sense that if you are a realtor/landlord renting an apartment you can recover the cost to check the background of a prospective tenant but if you are only a landlord engaged in the same activity but doing the checking yourself without having a realtor’s title or hiring a realtor you somehow can’t.

Landlords should not be forced to “eat” the cost of background checks for people who lie on their applications about their creditworthiness or shop around for apartments with very little intent on becoming our tenants. We don’t want to encourage these people by sponsoring bad behavior like that. The money out of our pockets quickly adds up to thousands of dollars and it’s not like we are making a lot of money to begin with. The average landlord makes about 10% of the rents. That means that if your collected rents for the year are $100,000 (and, by the way, most landlords collect less than that) your “salary” is only $10,000. The cost of a credit/criminal report is $30 and even if you have 2 applicants a month who lie on their application that’s $720 or 7.2% of your income!!!!!!

Because some of our judges choose the most anti-landlord interpretation of the law, we only have two options now – to ask the Legislature to clarify the law or to appeal this Housing Court Decision. We also have the option to know who is proposed to be appointed as a Housing Court Judge and oppose nominees we think are unbalanced or out-of-the-mainstream or logic-challenged or come from mostly tenant-advocacy firms.

Update: Since I wrote this there was a Federal Court decision that ruled that application and credit fees are illegal. I simply started asking tenants to pull their credit report on their own and email it to me. There are a couple web sites that provide credit report for FREE. The most important one is http://www.annualcreditreport.com. Another one that is free is http://www.creditkarma.com.