SUMMARY AND MY COMMENTS:

Eric Halbach was badly injured when he fell as a result of uneven pavement on a public sidewalk adjacent to a commercial building owned by a RE company.

The Appellate Court ruled that the business was not responsible because they do not own the sidewalk, the city owns the sidewalk. As long as the landlord did not create or contribute to the unsafe condition, they are not responsible.

Nothing unusual so far. 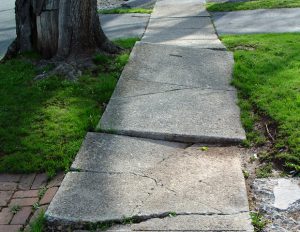 The concerning and alarming thing here is the “concurring” opinion by judge J. Milkey where he or she agrees that currently the landlords are not responsible for sidewalks but urges the Legislature or the SJC to make them responsible and liable. Wow!