NOTE AS OF 9-15-13: I AM OFF FOR THE SUMMER BUT THERE WILL BE A NEW POST BY END OF SEPTEMBER., I PROMISE (:
TO READ PRIOR POSTS PLEASE CLICK ON Blog

There is a Hearing on Rent Escrow and the Comprehensive Landlord-Tenant Bill H1584.

I will be there so please come and say hello.

This is how I look. 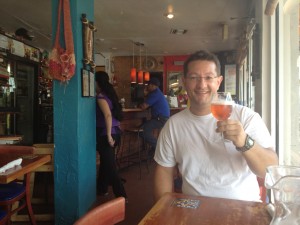 Why do we need mandatory rent escrow?

Imagine you have a tenant who does not pay their rent.
You ask them why.
They reply in a text: “My girlfriend left me so I only have one income now”.
So clearly they are not paying their rent NOT because of you but because something happened in their life. You even have that admission in writing.

Do you think at this point it is fair for them to hire a lawyer and file habitational counterclaims? Any normal, reasonable person will answer “No, of course, not. You didn’t do anything to them. They just don’t have the money for the rent for whatever reason and you are entitled to look for another tenant who has the money so you can pay your bills.”

Unfortunately, in real life what happens next is this:

2. They call the Health Board in retaliation to your Notice.

3. The Health Board naturally finds defects (issues that apparently did not bother the tenant before they received the notice!). Tenant files Habitational Counterclaims in court asking for money damages.

4. Legal Services jumps in and asks for $10,000. Court Proceedings are delayed sometimes substantially as Legal Services may add Retaliation, Discrimination and of course 93A asking for triple damages and attorney fees.

5. Rather than wait for 6 months to a year while not being able to rent the apartment you settle and you waive the lost rent. In the end you lose $5,000 or more…through no fault of your own.

Why is this the current law in MA? Why is Tenant Retaliation Against Landlords still legal in MA in 2013? I don’t know.

Of course you know that you would win if you waited for a year to reach a judge or a jury because you have the text saying that the “withheld” rent had nothing to do with you. But what is the point of waiting and fighting for a year when you know that the waters have been muddied up because Retaliation, Discrimination and 93A have been added to the mix, you have to do Discoveries, Depositions and it’s almost impossible to predict how this thing is going to end. One thing is known for sure: Even though you have done nothing wrong and you have the evidence to prove it, you have a lot to lose, attorney bills are mounting, etc and the tenant and their attorney have nothing to lose. The rent is not accounted for and not waiting for you at the end.

If the tenant knows that they must account for the rent (and not just spend it) or they would be precluded from raising Habitational Counterclaims they would only call the Health Board when the conditions are truly poor and unrepaired. The incentive to play games with the System is taken away. Mandatory Rent Escrow will take away the incentive for Tenants to call the Health Board in bad faith and in retaliation.

On 5-31-13 I met with Senator James Eldridge, the Chairman of the Housing Committee. 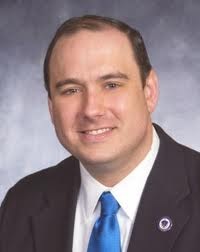 I explained to him that I am the founder of http://MassachusettsLandlords.com, a site that is highly ranked in Google and Alexa  and getting about 700 unique visitors a month and that I am concerned about one issue in particular, tenant retaliation against landlords and that there is a bill in his committee (Bill #1131) that will fix this loophole. I also talked to him about the Comprehensive Landlord-Tenant bill proposed by MassachusettsLandlords.com.

We met at a coffee shop in Acton, MA. Before I went there I looked up his background and it turns out he used to work for Legal Services as a lawyer who fought for tenants rights. That got me worried  before I even started the meeting. Why can’t we find Chairs to these committees that come from a less biased background? It seems common sense, right? We should be looking for Chairs or Vice Chairs who have not been clear advocates in the past for Tenants or Landlords. That being said I found the Senator to be patient and friendly.

I told him that the reason we need mandatory rent escrow is to discourage tenant retaliation against landlords. The tenant can still deduct and repair, we are not against that. All we want is that they do not spend the rent on anything else.

We want the rent in escrow so that it is accounted for and will prevent Retaliation.

It’s good for the landlord because when a judge is finally reached and he decides that the tenant is entitled to keep, let’s say, 40% of the rent because of the poor conditions they had to endure and the landlord gets the other 60%, that money is there waiting and is not gone instead.

It is also good for the tenant because under current law they cannot stay in the apartment unless they produce that 60% within 1 week. Very often since they called the Health in bad faith (they didn’t have the rent to begin with) or in retaliation (they received some kind of warning from us that upset them), they do not have that 60% and they are thrown out becoming homeless.

Having mandatory rent escrow is good for both landlords and tenants. It is also good for Housing Courts, Health Boards and the MA Taxpayers. It will decrease bad-faith cases in Housing Court and it would avoid countless unnecessary landlord-tenant confrontations and increase tax revenues.

1. Wouldn’t having mandatory rent escrow remove the pressure on landlords to repair?

3. You also want the tenants not to be able to raise habitational counterclaims if they do not demonstrate that they have the rent in escrow, right?

4. Can the tenants use some of the escrowed money for repairs?

Here are the answers I gave him:

1. No, because the landlord is still not getting the money until he repairs or until a judge says so because the money is kept in escrow and away from the landlord so the incentive to repair fast is still there. The longer the landlord does not repair the more money he would be ordered to pay to the tenant.

2. There are many ignorant, greedy and uneducated landlords out there who engage in retaliation against tenants but that is already illegal and they are punished severely when they do. The two things are completely unrelated. Just because some landlords engage in retaliation does not mean that the law should encourage tenants to engage in retaliation also as it is now. There is no need to clog the system with bad-faith and retaliatory calls to the Health Board. The best way to make sure the call was legitimate is for the tenant to demonstrate that they had the rent money (which they are supposed to have anyway) put aside in escrow.

3. Yes, of course we do. That’s the whole point. If the tenant cannot demonstrate that they had the rent to begin with (as they are supposed to have it) then the call to the Health Board would be presumed to have been made in bad-faith and/or retaliation and those are two behaviors that no law should reward. By the way, there are already  situations under the current law where tenants are NOT allowed to raise habitational counterclaims (for example, if they never notified us about the poor conditions, if they are the ones who caused the conditions, if the building is a hotel/motel, etc). We simply want to add another condition as it has become clear over time that we must add it and that is “if they cannot account for the rent in escrow”. If we don’t do that they have  a loophole to abuse the system. There is plenty of evidence that this loophole is used at the expense of the MA taxpayers who pay for the extra judges, extra Health Board load and lost tax revenues as rents get stolen.

4. Yes, they can, provided that the repairs were done in a professional manner and they can produce the receipts.

Overall, the Senator was very non-committal. Hopefully I made it clear to him that all we are concerned with are the bad-faith calls to the Health Board that lead to unnecessary Housing Court fights. We want to eliminate or decrease those. That’s all.

On 6-4-13 I traveled to the State House to meet with Sen. Bruce Tarr, the Minority Leader of the House and a member of the Housing Committee.

He was in agreement that it makes no sense not to pass Mandatory Rent Escrow. In fact he has a bill proposing it. He agreed with me that Voluntary Rent Escrow is not working because by the time the case reaches a judge it is too late already to ask that the rent is put in escrow (not to mention that most judges don’t bother ordering it even when asked, my comment).  He also agreed with me that the tenants would not lose their leverage to force landlords to repair because the rent is withheld from the landlord and safeguarded by a bank.

The Hearing will be on

I will be there so please come and say hello.