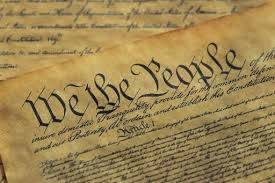 As many of you may know, attorneys Richard Vetstein from https://massrealestatelawblog.com/ and Jordana Greenman have filed a lawsuit because they believe the implementation of this MA Moratorium is unconstitutional. I was reading their suit and all the friends of the court submissions. Masslandlords.net represented by atty Peter Vickery has also done an excellent submission. The other submissions are excellent too. Spoa.com is a great example.

The tenant advocates make the following arguments over and over again – overcrowding and homelessness increase Covid-19 and staying at home and social distancing decrease it and that’s why the Eviction Moratorium is needed and it needs to stay. Also because there will be a “tsunami” of evictions if removed and because evictions disproportionately affect minorities it needs to stay. And then they throw a bunch of statistics at the Court which may or may not be factual. Very few go beyond that point and try to argue that this Moratorium is constitutional. Sure, I don’t disagree with what they are saying even though evictions affected minorities more even before Covid-19 plus atty Emil Ward disputes the assumption of a “tsunami”, it will just take longer to go thru each eviction, he says, and Peter Vickery argues that the Moratorium itself is hurting minorities more because it leads to reduction in affordable housing. Pretty much anything we do or don’t do minorities are hurt most and first. Anyway, I agree with the tenant advocates that some sort of an Eviction Moratorium is in the public’s interest.

Co-equal branches (The Legislature and the Governor) ordering another co-equal branch (the Courts) to close is a  distinct and separate constitutional problem. How would they feel if the Courts tried to close them?

The Moratorium says we cannot even file papers with the courts. It’s taken away our rights to petition the courts for most evictions. It’s ok to have a Moratorium on Evictions but find a way not to block our constitutional right to petition the courts. For example, encourage virtual hearings. They are not perfect but at least they are not unconstitutional. Judges are best equipped to decide if the rent is not paid because of Covid-19 or because the tenant is just abusing the situation. If it’s because Covid the Court has RAFT resources to financially help the tenant. For tenants who have the money but are just panicking and hoarding it, judges have a way to issue orders and address that too, for tenants who are not paying the full rent due to code violations, judges have a way to fix that too, for tenants who are violating the lease and causing disturbances judges have their ways to try to address that too and if they can’t they must be evicted. The State needs to understand that sometimes when you got to go you got to go, you can prevent most evictions but you can’t prevent all evictions. Sometimes the tenants have made a firm decision that they need to be evicted and despite everyone’s good efforts they must go especially in situations where they continue to violate the Lease. If all else fails and the State still insists on having that tenant stay, the State must compensate the landlord.

By not allowing us to file with the courts for most types of evictions our right to a jury has been taken away too. That’s another separate violation of the Constitution. An Eviction Moratorium that fixes that would be ok.

Landlords have been deprived by their right to due process. That’s another, separate violation of the constitution. We have the right to be heard by a judge and relatively promptly.

Government has taken our real estate property, allowed their agents there (the tenants which it prevents us from evicting, doesn’t it?) and it’s not allowing us to use it as we want and is at the same time refusing to provide us with alternative compensation. If that’s not Taking, I don’t know what is. Maybe it’s OK to freeze or take our property, keep their agents there and use it for some public health good but not without just compensation. That would be wrong and unconstitutional.

So basically if an Eviction moratorium fully opened up the courts or at least virtually opened them up, and after a judge rules in our favor the State cures the tenants’ default on behalf of the tenant in order to keep that tenant in their home and “flatten the curve” I am ok with having such an Eviction Moratorium.

Eviction Moratoriums are not evil as long as they follow the Constitution.

The judge on this case may simply choose the middle-of-the-road path and without outright banning the Moratorium he can just order the Legislature and the Governor to cure its constitutional defects.

The fundamental question for this judge and the SJC to decide is  – Is it Ok for the State to say – “We will stop following the Constitution for several months but after that we promise we will start following it again”?